Laura Wineberger, orphaned at an early age, discovered her mutant ability to control the earth at the age of 15, when she manipulated the ground to push a group of nuns out of the way of an out-of-control armored truck. Three years later, still unadopted but free to start her own life outside the orphanage, Laura used the money she had saved over the years to get her own apartment and began wearing her costume and fighting crime under the name Taranova. Dedicating herself to looking out for orphans and the homeless, she works a day job at a local Chinese buffet to pay the bills and spends the her nights fighting crime as Taranova, mistress of the Earth. (661/1023 characters) 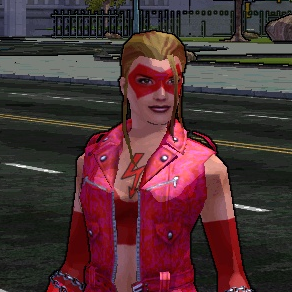