Little is known about Double Slice, save that he is a mutant with incredible reflexes and the ability to leap great distances. While his DNA (obtained from a crime scene and analyzed extensively) is responsible for his superhuman reflexes and ability to heal faster than normal humans, his phenomenal skills with his signature sword and dagger appear to be entirely self-taught. Rumor has it that Double Slice, affiliated with the villainous group Purebreed, has recently developed a secondary mutation: the ability to manipulate his own energy and attack others with electrical strikes. If he isn’t brought to justice soon, it is feared by authorities and heroes alike that he may eventually prove unstoppable. (713/1023 characters) 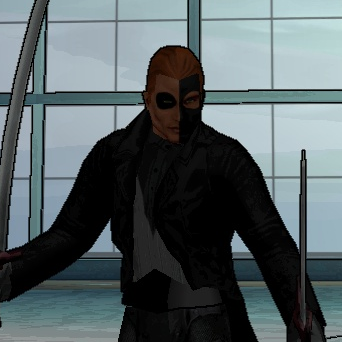