Brought forward in time from the year 1643 in a time travel experiment via the Crey Corporation, something when wrong. Neither alive nor fully dead, Cap’n Jack Fury is a ghost of sorts, residing neither entirely on our plane nor the etheral, but stuck halfway between. Fury craves riches simply because that’s all he knows. That, and destruction. Only beauty can soothe the savage beast and that’s what he found in the Demon Whisperer, a female super villain he is sure is the reincarnation of his long-lost love Esmeralda. Is Demon Whisperer really Esmeralda, or is she just playing him? Only time will tell… (636/1023 characters) 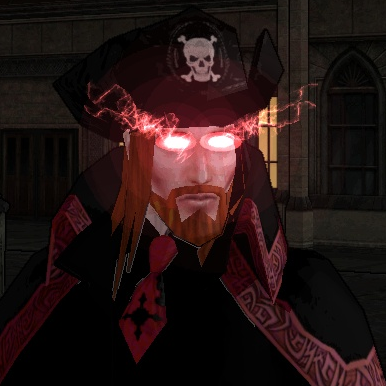