6-year-old Mikayla Banks always had anger issues, but things got really bad when Nemesis invaded the Paragon City high school science fair by mistake. In the ensuing chaos, Mikayla’s science experiment was destroyed and then exploded, putting her in a coma for three weeks. When she awoke, the doctors were amazed to find she was nearly invulnerable, super strong, and could jump really, really high. That almost made up for the fact that she’d missed prom. Almost. She decided to take her anger out on Nemesis, her ultimate goal that of eliminating the villains and making science fairs safe again for the teenagers of Paragon City. If she gets to kick a little ass along the way, well, so much the better. (845/1023 characters) 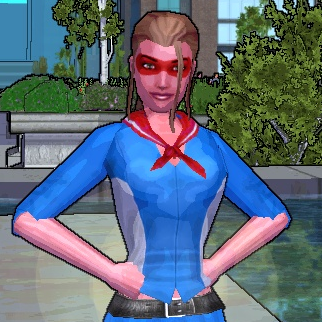