Cheryl Agnew was kidnapped at the age of seven by the Tsoo while at the park with her nanny in an attempt to ransom $10,000,000 from Crey Industries, where Agnew’s father held a high-level position. Agnew, a hard-nosed opponent of terrorism, refused to pay the ransom, and barely flinched when her captors executed her on live television. Of course, she wasn’t really executed, and instead was raised by the Tsoo, learning the mystical arts of the Ninjas. On her eighteenth birthday, she broke from the group, took a small band of loyal Ninjas with her, and slew her father in a televised incident in St. Martial. This time, the execution was real. Now known as Cherry Arrow, Agnew roams the Rogue Isles seeking to make her fortune in the only way she knows how; and to kill anyone and everyone associated with Crey Industries and her father. (842/1023 characters) 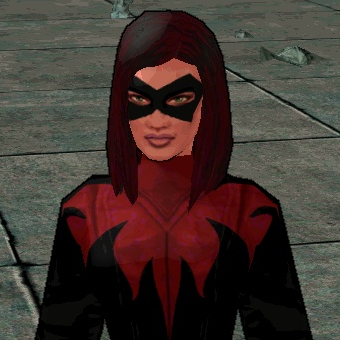