One of only a handful of men ever accepted into the Arachnos Widow program, The Gray Widower (aka Sebastian Pyle) started on the road to crime late in life when the Longbow accidentally killed his wife in a botched raid on the Purebreed villian super group. A scientist in his previous life, Pyle used his formidable knowledge to genetically enhance his body, giving him superhuman healing abilities as well as super speed. With the help of Arachnos, Pyle hopes to someday rid Paragon City of the hated Longbow. (512/1023 characters) 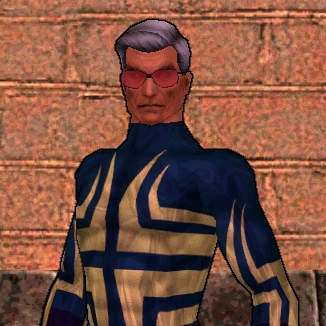