16-year-old Cassie Blaze watched in horror as her 17-year-old sister Alicia was charged with murder after her mutant powers manifested and she accidentally burned her boyfriend alive. Alicia managed to escape jail and became a villain so when Cassie developed similar mutant powers, she decided to follow in her big sister’s footsteps. Realizing she’d led her sister down the wrong path, Alicia convinced Cassie to give being a hero a try. Together they soared the skies of Paragon City, protecting its citizens from villains, but still they were hunted. They eventually tired of running and turned themselves in. Statesman surprised the sisters when he stepped in to vouch for them, and all charges were dropped. Now they patrol Paragon as full-fledged super heroes, keeping the city safe for everyone. (804/1023 characters) 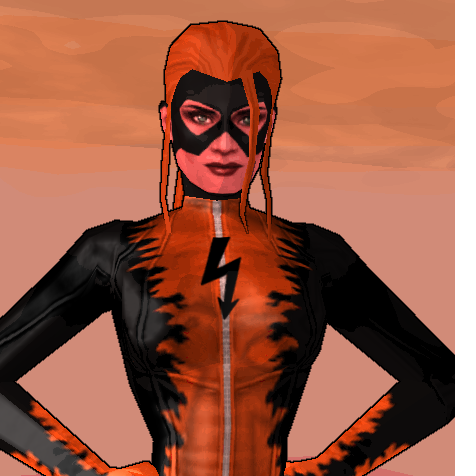